Aftermarket cartridge return rates and success rates have been a hot topic in recent weeks. First, Clover Imaging Group (CIG) promoted that it had achieved a 99.6 percent cartridge success rate with its remanufactured cartridges in 2017 (see “CIG Notes Improved Cartridge Success Rate Scores”). Now, LD Products has announced that its Gold line of new-build compatible toner cartridges has achieved what it claims to be “the industry’s lowest ever return rate of only 0.1% on all shipments for the first half of 2018.” 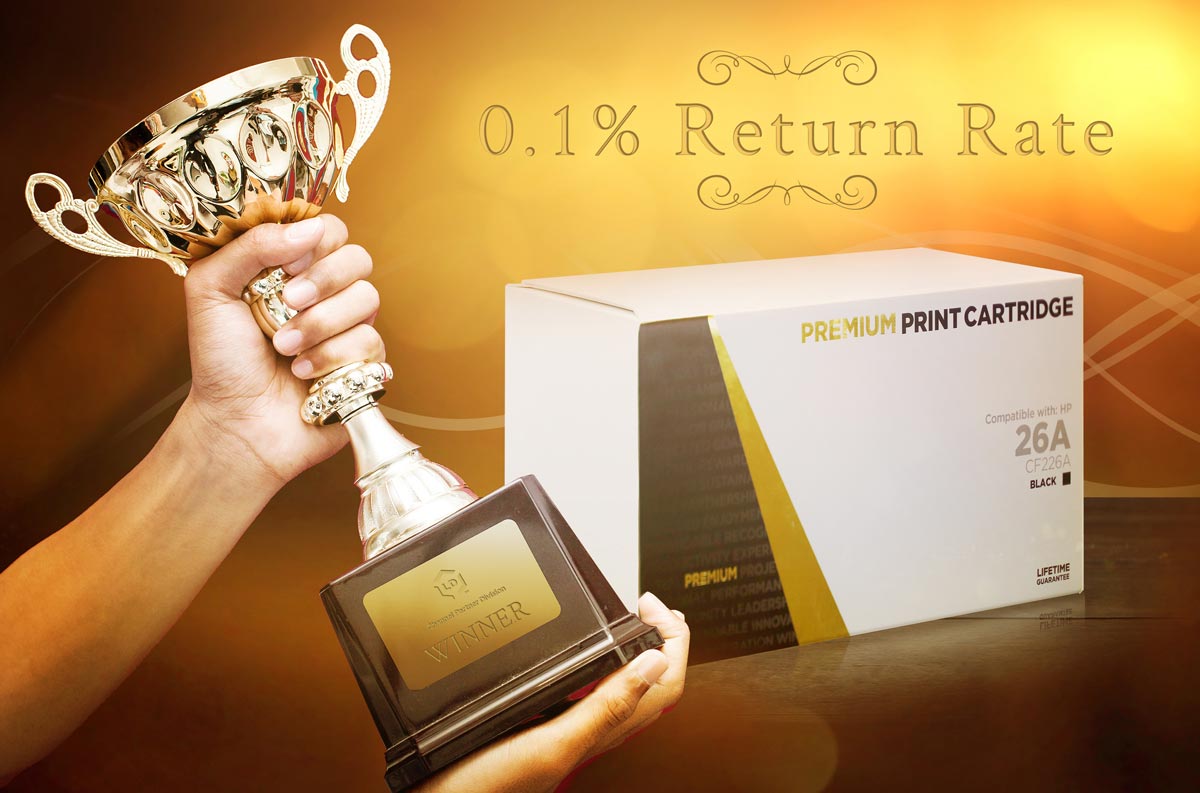 At the end of 2017, LD Products launched its new Channel Partner Division and its new Gold line of new-build OEM-alternative toner cartridges, which it claims are much higher in quality than both typical new-builds and remanufactured cartridges, in an attempt to woo business from dealers, resellers, and managed print services (MPS) providers (see “LD Products to Court Dealers and Resellers with New-Build Cartridges”). The line uses the same quality components used in remanufactured cartridges, but because the LD Gold products use a brand-new shell rather than an OEM empty “that need[s] to be cracked in half during production,” LD says end users see less leaking and fewer performance issues than with remanufactured cartridges. According to the LD Products press release, the Gold line now includes 200 SKUs including monochrome and color toner cartridges employed in top printer models from Brother, Dell, HP, Lexmark, Samsung, and Xerox that make up 80 percent of most managed print fleets.

Interestingly, LD Products also highlighted the 0.1 percent return rate earlier this year when it announced its Gold Partner Program for dealers and resellers (see “LD Products Launches Gold Partner Program with Incentives for Toner Resellers”). Now, it seems that with a few more months of shipments under its belt, the company wants to make more noise about the statistic.

Christian Pepper, president of LD Channel Partner Division, told Actionable Intelligence that LD Products is in “OEM territory” with such a low return rate. Mr. Pepper explained that return rates and defect rates are not the same thing, as defect rates came be “massaged.” He said some companies offer an invoice discount not to return cartridges (LD does not do so, he states). Mr. Pepper also noted that not every manufacturer autopsies every cartridge to determine whether those cartridges returned are due to actual defects, and even when cartridges are autopsied what actually qualifies as a defect is open to interpretation. For example, he pointed out marks on the drum are a common failure, but these can sometimes be introduced by something like a piece of plastic or staple entering the paper path and nicking the drum, in which case it would not strictly be a manufacturing defect. In contrast, Mr. Pepper stated return rates are a “headline number that you cannot massage.”

While LD Products did not draw the obvious parallel in its press release, essentially the firm is saying that if Clover’s success rate is 99.6 percent, its defect rate is 0.4 percent, and its return rate is presumably higher than that—and thus higher than what LD is seeing with its new Gold line.

In the LD Products press release, Mr. Pepper stated, “Typical return rates for leading remanufactured cartridges tend to run in the 1-2% range so we’re proving that the performance and profitability of our GOLD Line is second to none.” He added, “Many dealers have reported poor remanufactured color quality as of late, as remanufacturers try to cut costs and they inevitably sacrifice quality.”As for rival new-build cartridges, return rates on those can run about 4 to 6 percent, according to Mr. Pepper.

In LD’s announcement, Mr. Pepper stated, “The statistic we are most proud of is that in the first six months of the year, we have not had a single color cartridge return or defect.” The company invited dealers to “try our color SKUs free of charge and put our quality claims to the test in their end user fleets.”

The fact that LD Products has had no color returns from the Gold line, of course, means that it must have seen some monochrome toner cartridge returns given that its return rate was not zero. Mr. Pepper confirmed that this is the case, although he declined to say exactly how many monochrome cartridges were returned. He did say, however, that LD Products autopsies every cartridge returned to analyze what went wrong.

We are curious to see if CIG responds to the claim that LD’s new-build cartridges have what is essentially a higher success rate than CIG’s remanufactured cartridges. CIG has been busy on the marketing front lately, with a lot of that marketing taking aim at new-build toner cartridges, especially patent-infringing clone cartridges. CIG was quick to promote that it was not named in Canon’s U.S. toner cartridge litigation (see “Clover Quick to React to Canon’s Toner Cartridge Lawsuits”). It has released an article discussing why it believes that the only non-infringing non-OEM alternatives for the particular cartridge models that are the subject of the Canon suit are remanufactured cartridges that reuse the original dongle gear (see “Clover Issues Warning Regarding Cartridges That Infringe Canon Dongle Gear Patents”). CIG also issued a white paper entitled “Risk and Reward in the World of Printing,” in which, much as the title suggests, Clover firmly placed new-builds in the “risky” category compared to its more “rewarding” remanufactured cartridges (see “Clover Issues Warning Regarding Cartridges That Infringe Canon Dongle Gear Patents”).

One thing we should point out is this. CIG is the world’s biggest remanufacturer, while LD Products’ Gold line is brand new as of this year. CIG’s monthly cartridge sales undoubtedly dwarf sales of LD Products’ Gold cartridges. And bigger sample sizes are generally more accurate. It will be interesting to see if LD can retain its excellent return rate as volumes increase.

Although LD Products is growing shipments of the Gold line cartridges from a base of zero, the firm says it is seeing increasing demand month after month. While Mr. Pepper declined to put an exact number on sales or sales volumes, he said that sales and cartridge shipments are growing at “about 30 to 40 percent month over month as new resellers try our product and existing trials turn into dealers increasing the number of SKU they buy from us and switching more business over from competitors that cannot match us on price or quality.”

Interested parties are encouraged to visit the new website, view the video on the home page and contact their LD Channel Partner representative for more details:

The Gold line is engineered in the USA and assembled by contract manufacturing partners in China. Packaging is unbranded, and resellers own logos and contact info is applied at the point of sale by attaching a wraparound label detailing a picture of the cartridge inside, product info and delivery instructions.

The Gold line features a lifetime warranty and includes hassle-free cost coverage for resellers that must respond to onsite printer repairs caused by a faulty consumable. LD stands behind its products and indemnifies its customers for infringement claims of U.S. Patents. 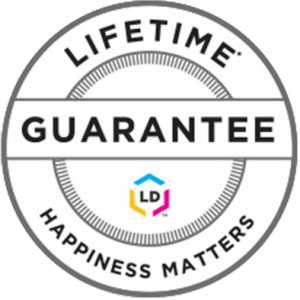 Recent Posts
Recent Comments
Archives
Categories
Meta
Login to LD Products
Reset Password
Enter the username or e-mail you used in your profile. A password reset link will be sent to you by email.
Already have an account? Login